CEBU CITY, JULY 5, 2021 --- Seen up a thoroughfare in Cebu City is a billboard of Davao City Mayor Sara Duterte hinting of a presidential bid, with Senator Sherwin Gatchalian affirming a “win” for the tandem. Speculations are ripe that Mayor Sara will launch a campaign seeking presidential post to sustain the initiatives of her father, President Rodrigo Roa Duterte. 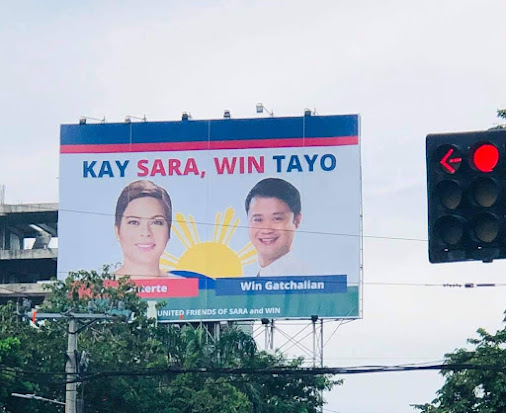 SEEN. A tarpaulin spread out up on a billboard along P. del Rosario Street in Cebu City, one of the city's busiest thoroughfares, stirring speculations that Mayor Sara Duterte of Davao City will indeed pair up with Senator Sherwin Gatchalian in the next polls to sustain the programs of President Rodrigo Roa Duterte and make federalism an essential in their political agenda. PHOTO NOT MINE

Three reason why Mayor Sara and Senator Sherwin are ripe for the top national posts:

1. Experience as local chief executives. It is apparent that those who serve first as mayors perform well with years of experience implementing local laws and exercising local autonomy.

2. Age does matter. It takes fresh ideas and the perspective of youth to rise above the crisis that is the corona pandemic. The nation needs leaders who have the character and timeless values of nationalism, dynamism and cohesiveness.

3. Brilliance. Leaders don't have to be perfect, but when they carry out programs and implement laws there is an extreme amount of brilliance required. Brilliance is not just about good grades or awards reaped. It is being sensible, sensitive and sensical.

Republic Act 11234 or the act establishing Energy Virtual One-Stop Shop (EVOSS) for the purpose of streamlining the permitting process of power generation, transmission, and distribution projects. It is an online system that allows the coordinated submission and synchronous processing of all required data and information, and provides a single decision-making portal for actions on applications for permits and/or certifications necessary for, or related to, an application of a proponent for new power generation, transmission, or distribution projects;

Republic Act 11202, an act requiring mobile service providers to provide nationwide mobile number portability to subscribers. The basic premise behind a nationwide Mobile Number Portability system is to promote consumer welfare as it fosters the freedom to choose and to respond to quality, price, and other relevant considerations without the consumers having to change their mobile numbers whenever they change mobile service providers or subscription plans;

Back to the “Kay Sara, Win Tayo” billboard along P. del Rosario Street in Cebu City, the adage “hope springs eternal” chimes the truth once more. There is hope in this tandem. Those who are, or who have been, local chief executives themselves know their chances. They know people know well of local chief executives being the best candidates to serve national executive posts. They are most familiar with the ropes. The rudiments. And we, voters, have a major decision to make once more. One smart choice.# 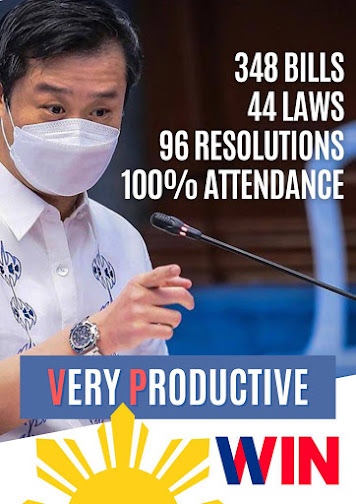